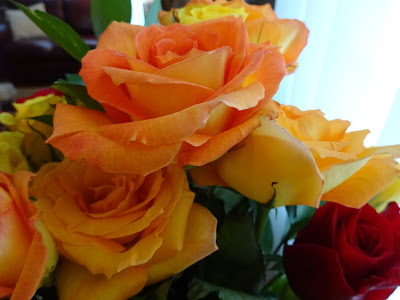 Something has been brought to my attention which I feel I need to desperately get out to you as well.  I subscribe to the Franklin Graham newsletter and every so often I receive information of great importance and what I received yesterday alarmed me and I felt very strongly that I needed to post so that all of you, along with me, could be in prayer about it.
The Biden Administration wants to pass what they call the "Equality Act" and it's a clear and dangerous threat to our country.  Here are the points that Franklin Graham points out if this bill is passed:
*The Equality Act designates schools, churches, and healthcare organizations as "public accommodations."  With this, schools, churches, and hospitals could be forced to accept the government's beliefs and mandates about sexual orientation and gender identity.  It will threaten everyday speech where people can be fined or lose their jobs for using the wrong name or pronouns.
*The Equality Act will legislate that we allow boys in girls' sports, boys in girls' locker rooms, men in women's shelters, and men in women's prisons.  It will force teachers and students to publicly pretend that a biological male is a female.  Schools will be encouraged or mandated to instruct first, second, and third graders that they can choose to be a boy or girl, or neither, or both, making biological sex (and science) a relic of the past.
*The Equality Act will use the force of law across all 50 states to strip Christian and other religious ministries of their right to hire people of shared faith to pursue a shared mission.
*The Equality Act will strip health professionals of their rights of conscience.  It will force doctors and medical professionals who long to do no harm to engage in gender transition treatments such as hormone-blocking, cross-sex hormones, or surgery.
*The Equality Act will be a tool used by the government to deny or threaten accreditation to religious colleges and universities if they do not satisfy the demands of the secular Left to apply sexual orientation and gender identity to dorms, sports, places of privacy, and even teachings.  The Act could be used as a weapon to threaten availability of federal student loans and grants to students.
Franklin Graham states that these are just a few examples.  What he is asking (and because I'm passing this along, so am I) is that people of faith NEED to PRAY NOW!  Gone are the complacent days of thinking that the government will do the right thing because obviously they are going out of their way to be extremely opposed to the American people.  I feel in my heart that the American people don't want this but we have to be on our knees to God and pray for His intervention in this and His mercy.  This is so very serious.  Any of us who have children and/or grandchildren should do everything we can to make sure this is stopped dead in it's tracks.  We all need to show up now in big ways to let them know we oppose this.
PLEASE..........pray.   And PLEASE.......contact your representatives in the U.S. House and Senate and even President Biden himself.  Just go on-line if you need information on how to contact these people.  Tell them to emphatically vote NO to the Equality Act.  Our future depends on us speaking up and speaking out - now is the time to be bold and courageous.  Having said this, do ALL of this in love - don't be harsh, speak calmly, be respectful.
Thank you SO much for your time, help, and attention to all of this.
Posted by Homemaker'sThoughts.blogspot.com at 7:50 AM